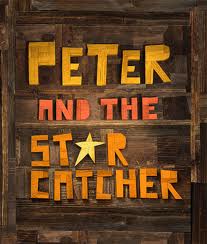 The It Factor Productions Backs another Tony Award Winning Play

After the recent success of Vanya and Sonia and Masha and Spike! The It Factor Productions has gone on to back another Tony Award Winning Play, Peter and the Star Catcher, bringing from London to the US.

The It Factor Productions Presents the Latest News on PATSC

Broadway World recently featured an article on Peter and the Starcatcher’s opening in Denver.  Here’s part of it:

“The PETER AND THE STARCATCHER National Tour celebrated its official opening night on Wednesday, Aug. 21 at the Ellie Caulkins Opera House in Denver, CO. Check out a look back at the evening’s festivities below!

A grown up’s prequel to Peter Pan, PETER AND THE STARCATCHER is based on the best-selling novel by Dave Barry and Ridley Pearson. A company of a dozen actors play more than a hundred unforgettable characters, all on a journey to answer the century-old question: How did Peter Pan become The Boy Who Never Grew Up? This epic origin story of popular culture’s most enduring and beloved character proves that your imagination is the most captivating place in the world.

Read the rest of the article on The It Factor Productions backed play here.